A Celebration on Mont Antelao

There are no walls in the church of Rifugio Galassi, there is just a monolithic altar. The mountains all around are like gothic pillars supporting the vault of the sky. A blue September sky. This large yet simple and essential church is the place where CAI Mestre members, our friends from Rifugio Galassi, gathered on Sunday, September 5.Managers of today and yesterday. Some of them from 1970. That’s when the adventure of the self-management of Rifugio Galassi by CAI Mestre started. 50+1 years ago. Almost all of them were present, and they gathered around the altar, placed on the highest peak overlooking the valley. Whipped by the icy winds that rise from Val d’Oten in the winter or by the warm and wet summer storm winds harshly falling from Forcella Piccola. A metaphor for the volunteers who climb all the way up here to provide assistance. As strongly underlined by Father Massimo in his homily. Giving back means doing good for the common good. Perhaps this is the secret of a story that has continued for over 50 years now. People who volunteer their work, their time, even just one week a year, know that they’re doing good. And doing good makes you feel good.

These are the emotions that pervaded the group in front of the church of Rifugio Galassi. A religious rite that made everyone feel connected, especially in the solemn moment when the commemorative plaque was affixed in memory of the CAI Mestre members who left us while they were chasing emotions in the mountains. The church of Rifugio Galassi thus becomes a place of memory, a home. A place where everyone finds their long-lost friends, feelings and emotions. A place where you feel good every time you step in the door. It was also a moment of gratitude where Silvio Zanatta, who is currently in charge of the Rifugio, with great emotion went over the past 8 years, when more than 120 people have volunteered every year. A story of joy and sacrifice but also great satisfaction. A story of concrete gestures of gratitude by those who experienced firsthand the great job done by these volunteers, who raise their eyes up to Mount Antelao and dream. And these dreamers have accomplished a lot, also thanks to the support and contribution of Club Alpino Italiano, which has never failed to give support to the initiative. As a testament to this, CAI General President Vincenzo Torti and Vice General President Francesco Carrer attended the ceremony. Their presence not only highlighted the sense of belonging of the members who in turn manage the Rifugio, but also the idea itself of a sort of management that finds the moral strength to turn into reality in the philosophy and ethics of brotherhood. 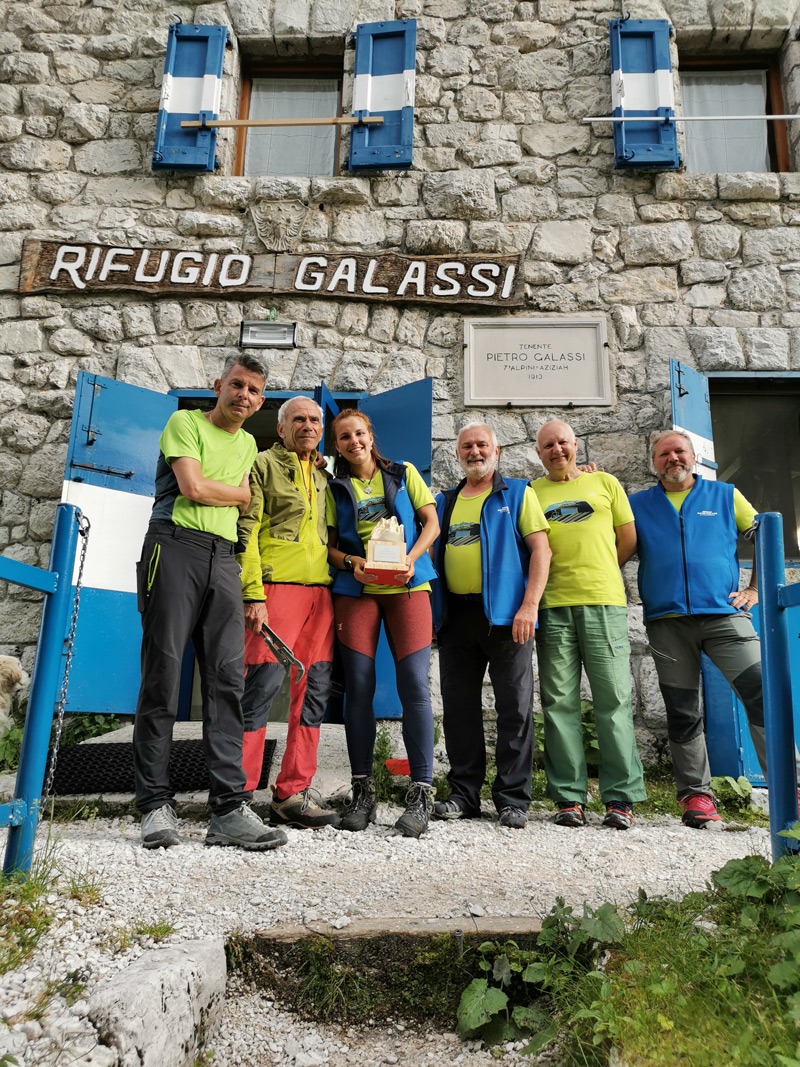 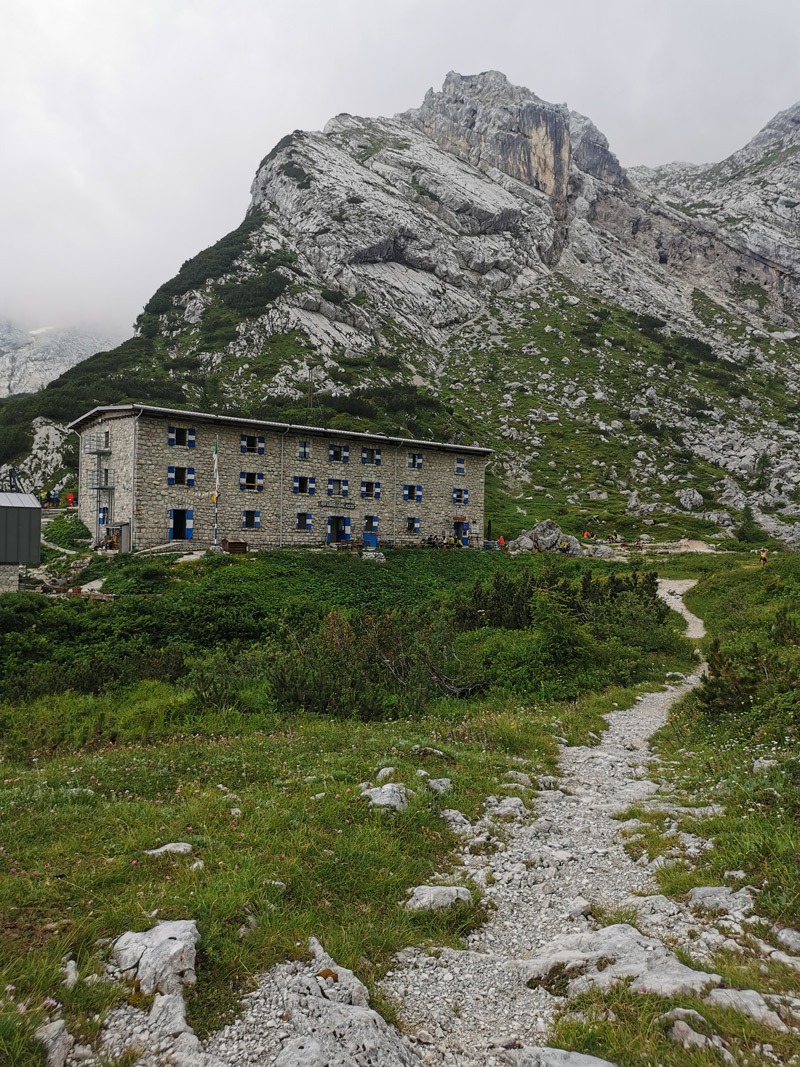 The meeting offered the opportunity to thank the community: Bepi Casagrande, Mayor of Pieve di Cadore and President of the Mountain Community Centro Cadore, Gaetano da Vià from the Town of Calalzo and CAI Calalzo – a special friend of Rifugio Galassi – Massimiliano De Martin, Councillor for the Environment for the Town of Venice and Roberto Padrin, Provincial President for Belluno. This further strengthened the close relationship between the Lagoon and the Dolomites that CAI Mestre members help build, season after season. Garmont President Pierangelo Bressan also attended the event. A company that looks to the past and the future, its gaze set on the summit, be it mountain peaks or ambitious goals. Garmont decided to accompany Rifugio Galassi on this journey of sustainable renewal, sharing those same values that for 50+1 years have pushed them – their legs and hearts – well beyond barriers.

A very emotional moment, many shiny eyes. The weather is changing in Vallon Antelao, the menacing rumble of thunder makes itself heard. It’s time to return to the valley. Small groups are leaving the clearing in front of Rifugio Galassi. Everybody starts descending, accompanied by the magical notes of Annalisa’s sax, cherishing the memory of this special day.

At the hut, the heater is on and the minestrone is on the stove. A group of climbers descending the Antelao should arrive soon, to spend the night and then set off tomorrow. i.