Did you succeed in any of your first ascents you planned? H: To introduce the answer, I must say that we didn’t reach the Sugulu peak. We slept sixty metres in altitude under the peak with the remaining distance being a relatively easy climb. We got to this level on the fourth day at about ...

Did you succeed in any of your first ascents you planned?

H: To introduce the answer, I must say that we didn’t reach the Sugulu peak. We slept sixty metres in altitude under the peak with the remaining distance being a relatively easy climb. We got to this level on the fourth day at about six p.m., completely exhausted. Moreover, the weather started improving, so we told ourselves we would finish it next day in the morning, rested and most probably in fine weather. When we woke up, we were into white darkness and white snow. It’s the moment when you get the idea into your head that you actually don’t give a damn about the summit when you don’t have anything to eat, you don’t know the way to get down and, moreover, you don’t see anything. Therefore, we had to start another struggle instead of the planned leisure walk to the top, the triumphant clicking of the camera release and the unfurling of the sponsors’ flags. 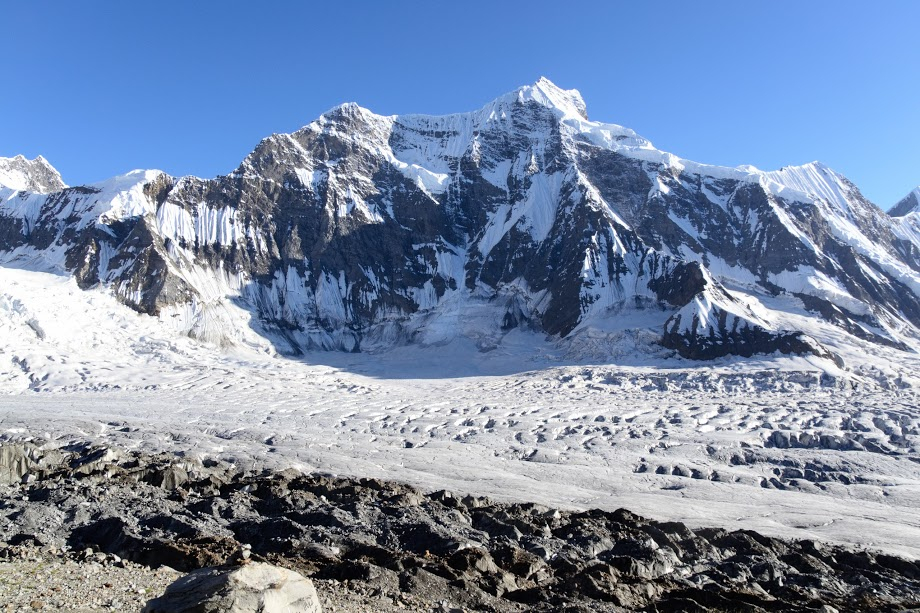 In our minds, the climb to Sugulu has been finished. We sleep well even without the last few metres; we went the whole norther pillar, the logical line, through up to the last metre. But of course, no first ascent can be ascribed to us officially because the summit was not reached.

And for the second planned mountain – Alchori Sar – we already didn’t collect the enthusiasm we’d have needed. My toe was swollen and blue and I could imagine kicking out more steps in ice would be masochism in its purest form.

Did you tackle the climb routinely or did you find it to be at your limits? How difficult the routes are in your opinion? 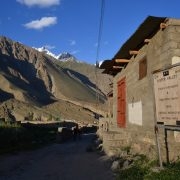 M: Technical difficulty was not what slowed us down. The problem was in the ground, which we named “caster sugar”. The whole slope was loose and crumbly, so that belaying was almost impossible. The most difficult part was the summit cornice at 6000 metres. But as it was ice at last where we could put some screws, it could be managed. I’ve no idea how to rate the slush but for the couple of lengths of ice where we could belay ourselves I would estimate the route as M5, 4 UIAA.

Did you experience any critical moments? 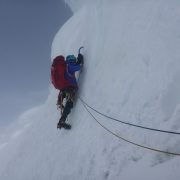 H: Even though you realize that you have reached your limit and you know subconsciously that things can come to a sticky end, you must not show your fear or uncertainty. It would upset your mate and it wouldn’t be for the benefit of both of you and of yourself. That’s why we did not have any outright critical moment. But if I had to pick up one I had sinking feelings the night we had to spend in the tent at 5850 metres. We slept on a ridge with a storm outside with lightnings and thunders every 30 seconds. One has plenty of time to think and with the climbing gear being the only metal things far and wide one only prays for not being struck by the lightning. The descent was another unpleasant thing. In fog we came to an icefall 1500 m long and full of cracks and seracs. We didn’t know at all what to expect and there was no room for mistakes.

Did you touch your physical breakdown? 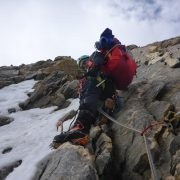 M: We reached quite deep but I think that it was not the very bottom. On the fourth day in the evening, the second day of not having anything to eat, we told ourselves: “OK, tomorrow we can still do but one day more would be a problem.” Fortunately, no such day came. We entered the BC after 15 hours of descent. Yet I’d say that we learned our bodies and their limits a bit more. Next time we can add another day.

How do you rate the expedition with the benefit of hindsight? 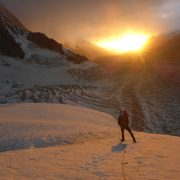 M: Paradoxically, my opinion I took moments after the ascent did not change at all in the course of weeks. I definitely evaluate the ascent positively. When I came down, I was full of new experiences and emotions. We learned how to tackle a new, terrible ground. We found out how to manage it technically and other technical procedures. We experienced for the first time the feeling of being in a tight spot where things come to the limit and the mountain refuses to let you go on. This feeling is connected with a high stress and realization of one’s mortality. With a couple of days of hard work with almost nothing to eat, these are all things you wouldn’t buy for money and it’s great to gain such experience without getting any harm!

If we tackled the summit in two days without any greater problems, we wouldn’t move any farther and it wouldn’t differ much from the rocks in the Alps, such as Ortler or Piz Palü. This way, we definitely learned much and sure will want to use the experience in other climbs.

Heavy-duty footwear was of great importance in climbing the rock. How did your Garmont’s Pumori do? 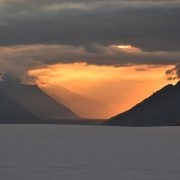 M: Boots are important parts of the gear, if not the most important ones. We really could rely on Pumori LX in our climb, we didn’t even notice we had them on, and that’s a good sign that everything is OK!
No cold means no frostbite, no pinching means no blisters, and a sturdy structure means good hold for the quick fit crampons. We already look forward again to trying them next time somewhere. 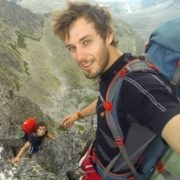 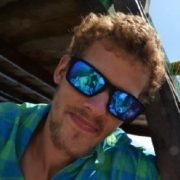 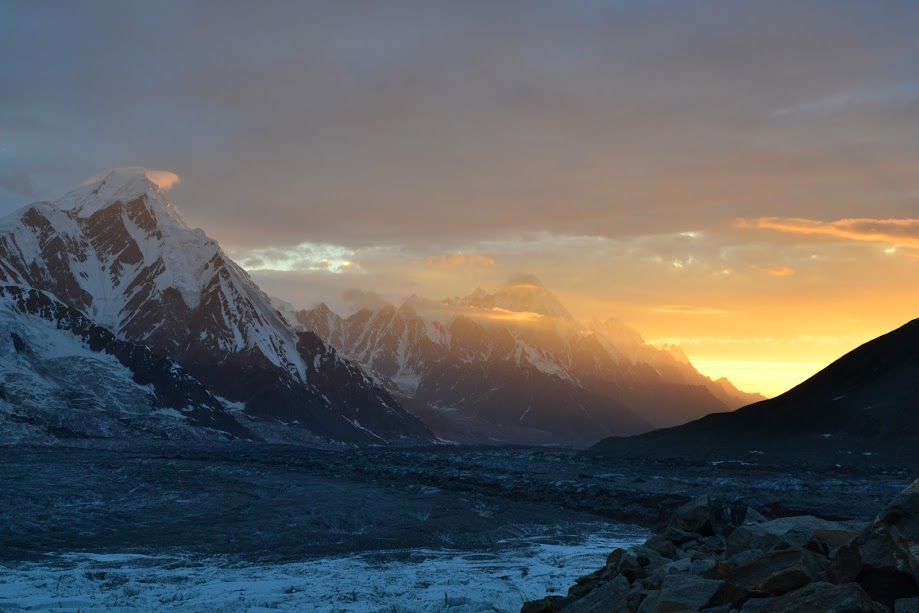