From the Humantay lagoon to Lake Titicaca

An itinerary in Peru makes you really appreciate the variety of landscape this country offers: from lakes to desert, from peaks to sand.

Our journey to Peru continues, touching on other iconic places of the country. Moving between lakes and desert, we can appreciate the incredible variety that the landscape gives us.

We have already told you about the emotion felt in front of the majestic ruins of Machu Picchu, the incredible feeling of having actually realized a dream. But that was only the first stop on our itinerary in Peru, which then led us to other wonders.

Among the lakes of Peru

Back in Cuzco, we headed to the Humantay lagoon. From the capital city we travel by bus with a journey of about 3 hours to the National Park car park, near the village of Mollepata. From here there are then about 45 minutes on foot to the starting point of the excursion, in Soraypampa, at 3900 meters: the trek can be done on foot in about two hours or on horseback.

The Humantay lagoon (or Umantay, both are common) offers one of the most spectacular landscapes along the Salkantay Trail: a lake with an incredible turquoise color, right at the foot of the Humantay, in the Vilcabamba mountain range, at an altitude of 4200 meters. 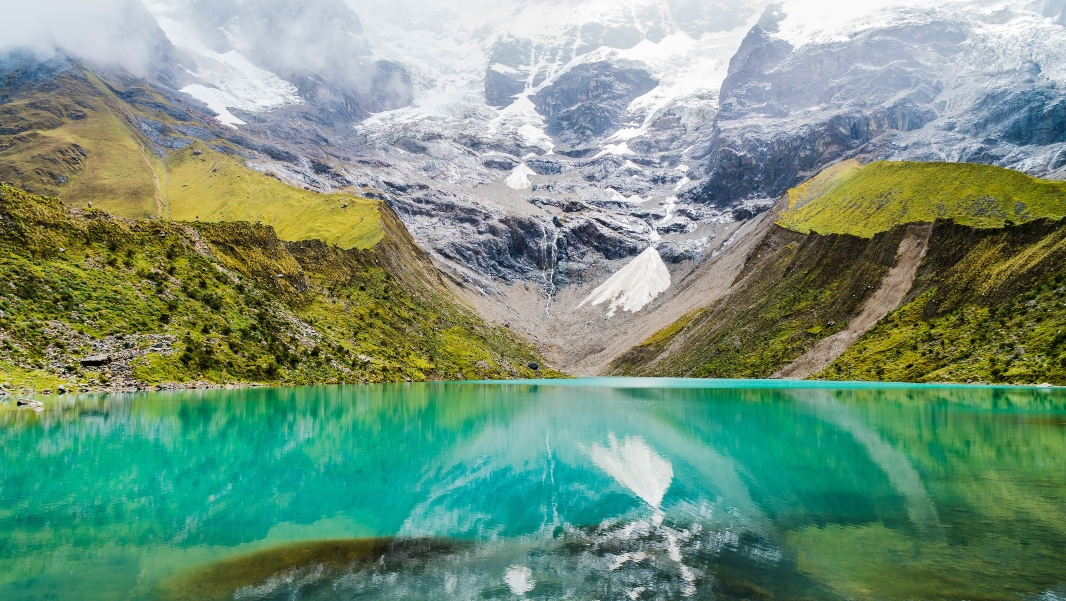 We took the excursion accompanied by a guide and, having arrived at our destination, we were involved in a thanksgiving ceremony typical of the Quechua culture. Here, on the shores of the lake, we gather a moment to make an offer to Pachamama, the Mother Earth: it is a very ancient rite, which consists in  collectong in a package some food which is then burned. Finally, the guide has taken three coca leaves and made a fan shape: in this way is represented the bond between the earth (towards which the petiole is directed), the sky and the sun (indicated by the tips of the leaves), uniting all the elements of the ritual.

Finally, we went down a very steep path to the starting point, where the tent set up for lunch with guides and other hikers awaited us.

Visiting the Titicaca lake and the Islas Flotantes

Our itinerary in Peru then continues towards Lake Titicaca, one of the most famous destinations in this country. And rightly so: the lake is in fact one of the largest in the world (to be precise, it is at the eighteenth place in this ranking) and represents almost a world of its own. It stretches between Peru and Bolivia, at an altitude of 3812 meters above sea level and is the highest navigable lake in the world.

But what makes it truly unique is the presence of the floating islands inhabited by the Uros population. The Uros are a pre-Inca population and have taken refuge on the waters of the lake to escape their enemies, including the Incas. Here, on the water, they have begun to build real "floating" islands - the Islas Flotantes -, so called because they can rise and fall adapting to the change in the water level of the lake, as well as changing position because they function as the big barges. 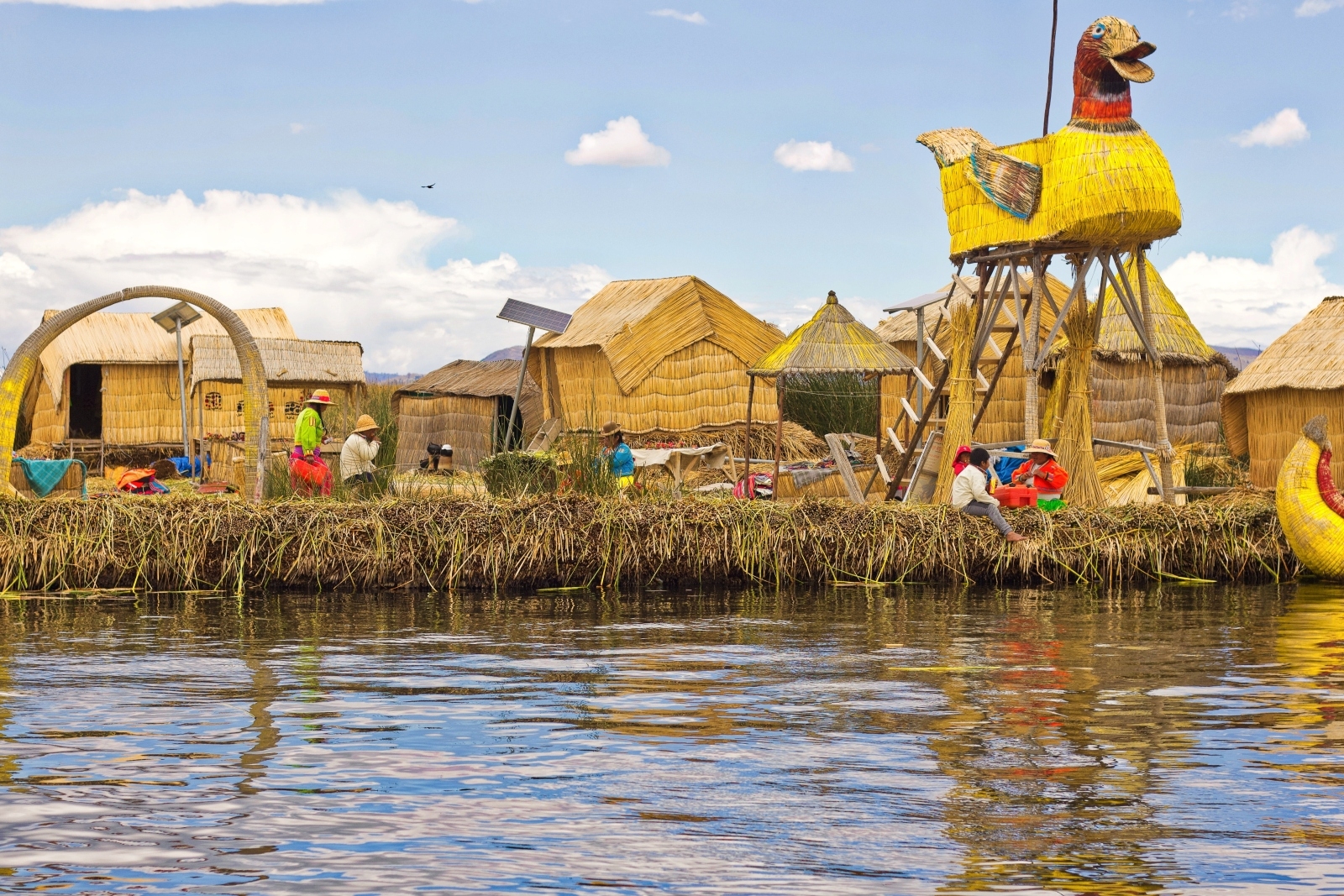 The islands are built with the totora, a plant that the Uros use in every possible way: as a building material for houses and boats, but also as food. These islets are rather small, in fact about 20/30 people live there, and are connected to each other forming a sort of mobile archipelago.

To visit the Titicaca the best point of support is the town of Puno, on the western shore of the lake, from which the motorboats depart to reach the islands.

Our trip to Peru ended in Huacachina, a small oasis in the middle of the Peruvian desert. From Puno we returned to Lima by plane and from there we took a bus that took us to Ina, the closest town to the oasis, in about four hours. Here you can try sandboarding - or snowboarding on the sand - and ride a quad bike on the dunes: a light and fun conclusion to a journey that has given us endless emotions. 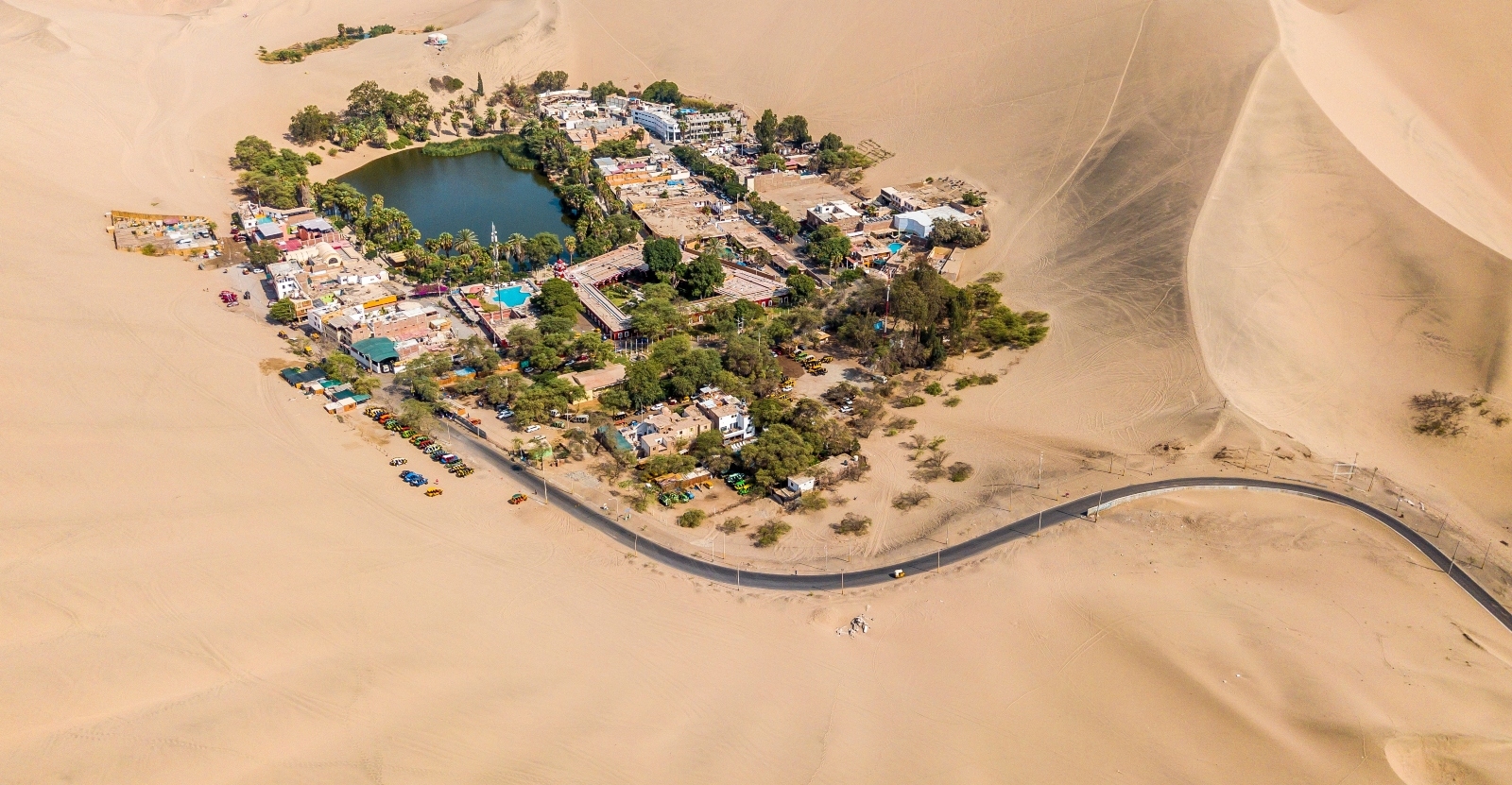