What does it mean to head out on one of the historic routes of the Apuan Alps in Italy? One of our guides tells us about it

Via Oppio Colnaghi winds along the north face of Pizzo d'Uccello, in the heart of the Apuan Alps, in Tuscany. It is a rocky wall of 660 meters, which is every bit as good as the Dolomite peaks.
This route, the Oppio Colnaghi, is the direct route to the top: opened in the 1940s, today it has become a classic route, a legend of the Apuan Alps, with which every fan of alpine climbing sooner or later tackles.

The emotion of the first time


Today I bring Chiara to the wall, a client of mine who is facing this kind of climb for the first time.

It is a classic route winding up along chimneys and dihedrals with protections and bolts to be verified, for a development of 900 m with a maximum difficulty V +, for a total of about 20 pitches.
The difficulties are never high, but after the seventh pitch they are continuous, putting the preparation and physical skills of those facing the route to the test.
Today the Via Oppio Colnaghi is one of the most popular in the area, but it must always be taken on with respect.

Starting from Donegani mountain hut it takes  about 1.30 / 2 hours to get to the wall. First by path and then on the Zaccagna via ferrata you reach the basin at the foot of the wall and from there you will soon reach the starting point of the route. Exposure, length of the itinerary, research and environment require good mountaineering skills and good training, also necessary to sustain the ascent lasting 8-10 hours. In short, as always when you go to the mountains, you need to be able to evaluate your skills well and choose the best time to get on to the wall.

In this case, my advice is to attempt the climb in periods that are not too hot and muggy, that is from late spring onwards to avoid finding snow on the wall, but avoiding the summer months as well. Autumn is also a good time, considering however that with shorter days you also need to be faster, otherwise it is necessary to bivouac on the wall.

For Chiara and for all those who are approaching mountaineering, the climbing Via Oppio Colnaghi means adding an important milestone to their journey: usually, the ascent of classic routes always becomes a precious memory, which marks an ambitious goal before fixing the next one. In this case, the satisfaction of having climbed a classic route is combined with the emotion of a unique panorama, thanks to the position of Pizzo d'Uccello: in fact, from the top you can see the Tyrrhenian Sea.

Being able to bring Chiara to the top and see her satisfaction reminds me of my first time on this route. It was the beginning of the 2000s and I made the ascent with a friend and then went up again some time later. As a guide, repeating the Via Oppio Colnaghi - like the other classic routes - always has a special flavor. On the one hand, it is a way of retracing of the history of mountaineering, on the other, however, the feeling of adventure and measuring oneself against the wall still remains, especially when the routes are not very well equipped as in this case. And today? Today for me the important thing is to see Chiara's happiness and to have been the means to realize her dream. 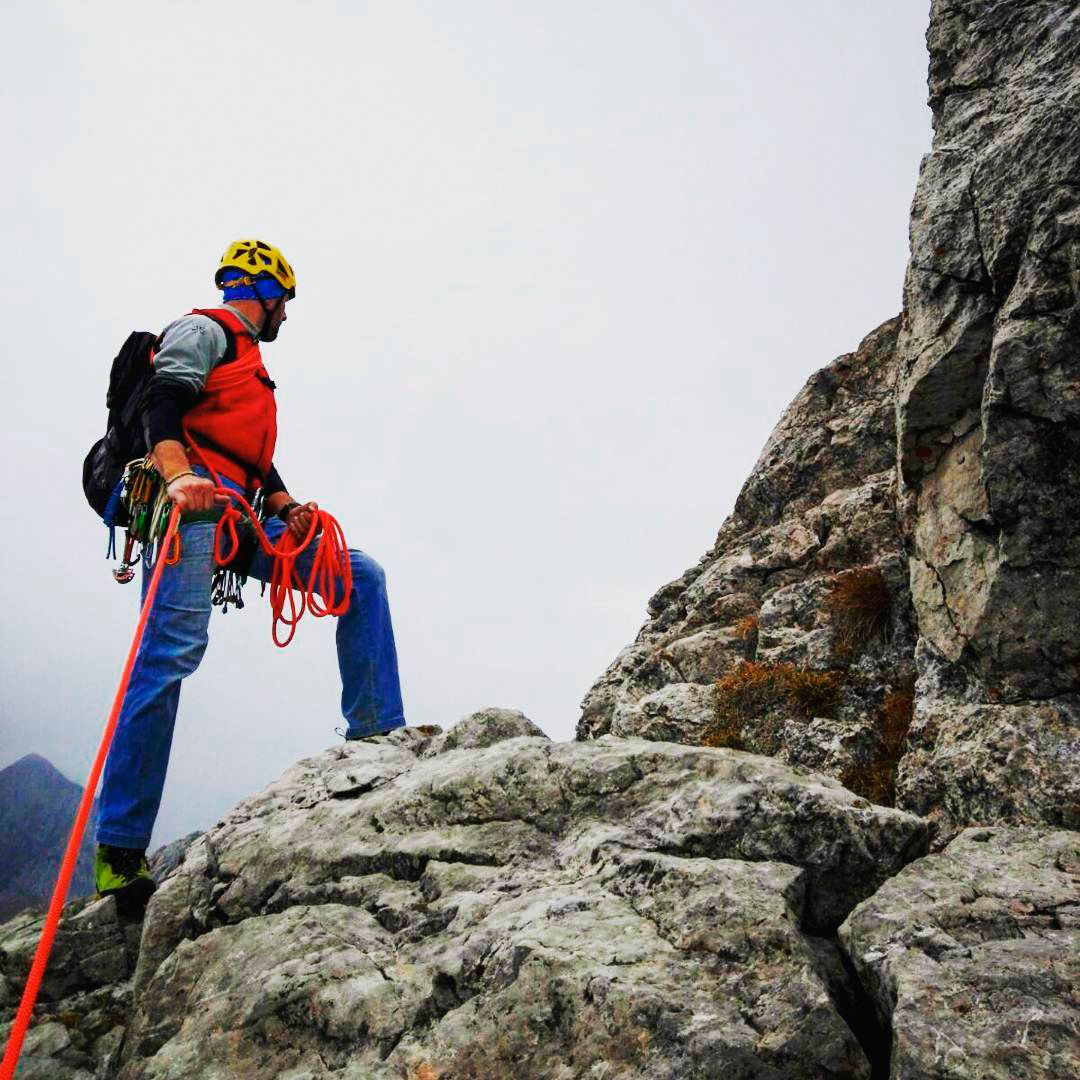